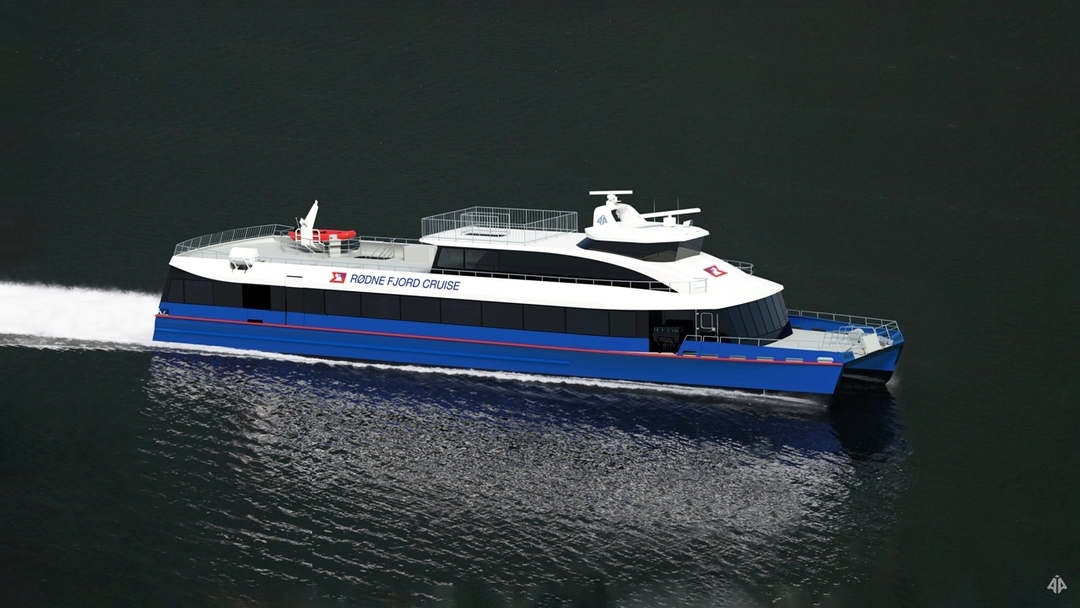 The targeted focus on zero-emission vessels has yielded results for Westcon Power and Automation. Now the company will deliver battery systems to the world’s first electrical speedboat and hope to win more green contracts in 2020.

In December 2019 Westcon Power & Automation (WPA) won the contract for delivering battery, control and propulsion systems to the fully electric catamaran to be build by Brødrene Aa. The battery package onboard equivalent to 40 Teslas. The vessel will become the world’s first fully electric speedboat and adds to the portfolio of innovative boats where WPA’s solutions help cut emissions.

"The speedboat is an electric catamaran that will go silent and emission-free in cruise traffic in the Lysefjord. And with power and automation systems developed and designed at Karmøy, it will cut diesel consumption and associated emissions equivalent to 270,000 liters annually. We are proud to contribute our technology and solutions onboard another vessel that contributes to push boundaries," says Frode Skaar, Head of Market and Business Development at Westcon Power & Automation.

The speedboat, which starts in traffic as early as April 2020, will be owned and operated by Rødne Trafikk. The boat will hold 297 passengers and a crew of five. And no electric passenger boat has gone this far and fast:The range is around 50 nautical miles, and the speed is up to 19 knots.

"The technology is constantly evolving, and we can now supply battery-based systems that allow the vessel to keep higher speeds and at longer distances than before. These are two key factors that will help make electric propulsion a real alternative for more and more shipping companies in Norway and internationally," says Skaar.

WPA's turnover passed half a billion NOK last year, of which 70 percent relates to green technology and is the result of several years of targeted work. The company's battery and steering systems ensure that the tourist boat "Future of the Fjords" sails silently and emission-free in the Nerøyfjord. In 2018, it was named "Ship of the Year". And with WPA's technology, the Viking Energy vessel was converted into battery-hybrid operation, which was the world's first vessel approved for DP operations (see fact box). The company is also involved in delivering the world's first hydrogen ferry in 2021.

In addition to the recent contract on deliveries to the speedboat to Rødne Trafikk, WPA is committed to supplying several innovative vessels. The company participates in two different industrial groups that have developed innovative, emission-free fast boat concepts, and these are included in upcoming tender announcements on routes, including in the counties of Trøndelag and Vestland.

"Climate change is the biggest challenge facing the world.Together with our customers, we have shown, through several prestigious projects, how green technology is a profitable part of the solution. We meet a lot of interest in our solutions both in Norway and internationally, and we look forward to equipping even more emission-free vessels in the future," says Skaar.

Some of the green prestigious projects where Westcon Power& Automation's solutions are central:

In 2016, WPA contributed to the battery hybrid operation of the Eidesvik vessel "Viking Energy", which was the world's first vessel approved for DP operations (dynamic positioning using propeller and without anchor).

The tourist boat "Future of the Fjords" is fully electric and in 2018 was named "Ship of the Year".

In 2018, the IMR ship "Seven Viking" was rebuilt with a three times larger battery pack than "Viking Energy",resulting in a fuel reduction of 750,000 liters of fuel annually.

In 2018, it became clear that WPA will deliver the power and automation solutions to the world's first ferry to be powered by liquid hydrogen and batteries. The shipping company Norled has ordered the ferry to be commissioned in 2021.

Carries up to 297 passengers.

The battery capacity is 2100 KwH, which  is the world's largest on a speedboat.