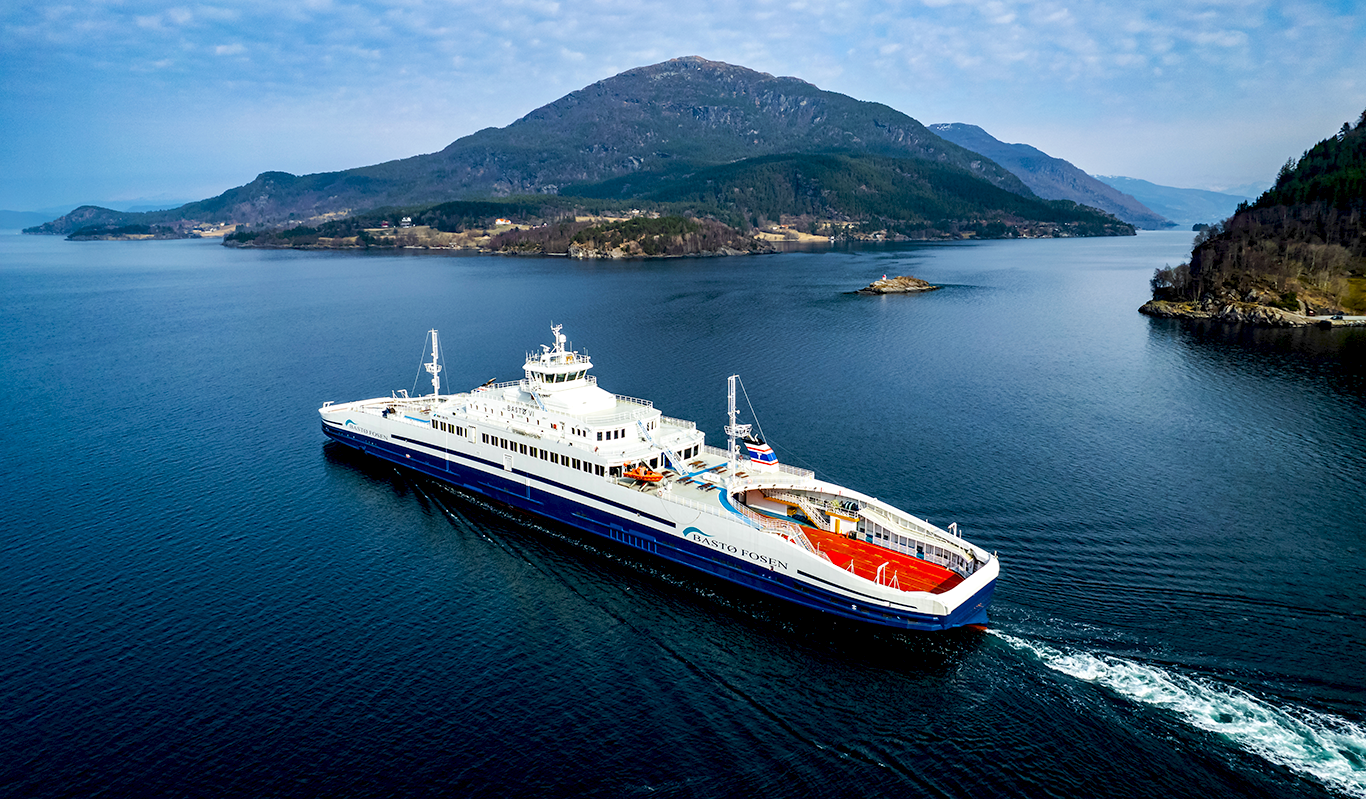 During the summer of 2020, Westcon Yards signed a contract with shipping company Bastø Fosen for the hybridization of two passenger ferries; Bastø IV and Bastø VI.

First up was Bastø IV, which was delivered back to the shipping company October 6th, 2021.

Project Manager, Kolbein Lunde, explains that the hybridization is in line with the green shift and Westcon Yards' investments in green, maritime solutions.

- The ferry runs on electricity from on-shore charging stations, and charges every time she docks to receive new passengers. The electricity is then stored on batteries onboard with enough energy to get from Horten to Moss before she needs to charge again.

The shipping company Bastø Fosen is rich in tradition and is the daughter company of Torghatten ASA. Bastø Fosen transports over 3,7 million passengers and 1,8 million vehivles each year. The number of yearly ferry departures between Horten and Moss is around 36 000, with a total diesel consumption of aprox. 8,5 million litres. In addition to the conversion of the two ferries, Bastø Fosen has also invested in a brand new, fully electric ferry. When all three ferries are operational, the fuel consumption on this ferry connection will be reduced by 75%.

A good collaboration is the key to success, says Lunde;

- We at Westcon Project Bastø VI wish to thank everyone for a great collaboration, which has resulted in great progress and an excellent passenger ferry, he says.

Among others, these companies contributed to the completion of both ferries: