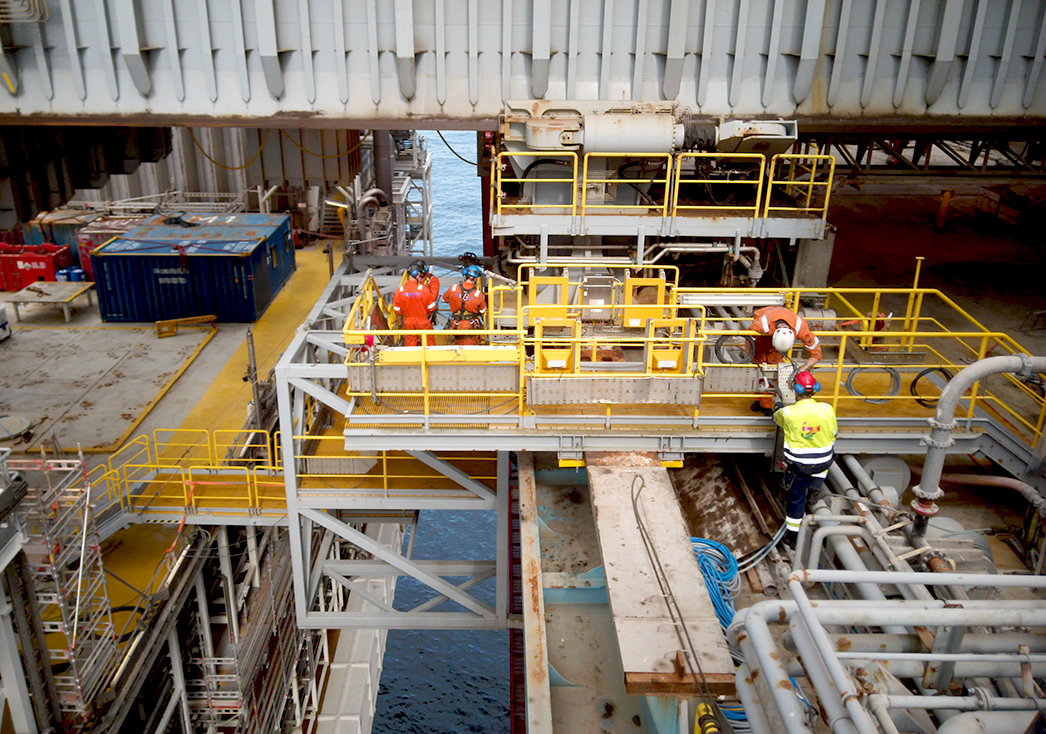 The work on the three rigs included over 5700 offshore manhours total, with over 14 multidiscipline operators for each project.

• Maersk Reacher was moved to Valhall Flank West, which involved over 3000 offshore manhours and 17 multidisciplinary operators.

• Maersk Invincible was moved to Valhall Flank HOD B, totaling over 1500 offshore manhours and 14 multidisciplinary operators.

Each project started in the beginning of August this year and was completed at the end of the same month.

Project Manager at Westcon Yards Offshore Service, Daniel Czyrkun, says the project introduced quite the challenge for the team.

- All these projects were quite challenging, considering the total amount of personnel involved. They required high focus and coordination between Westcon Yards, Maersk Drilling and other companies involved in these three rig moves.

Despite the quantity of people involved, the projects were successfully completed, and Westcon has received positive feedback from the customer.

When talking about the rig move on Maersk Integrator, Project Manager at Maersk Drilling, Marcin Piotrowski, says this may have been one of the fastest rig intakes the company has completed recently;

- Great planning and excellent cooperation with the rig team, led this interface project to be one of the fastest rig intakes we have done recently. It is clearly visible that long term cooperation between Westcon and Maersk Drilling leads to a constantly improving performance offshore, and this is much appreciated by our clients.

We wish Maersk Drilling success with their drilling projects.