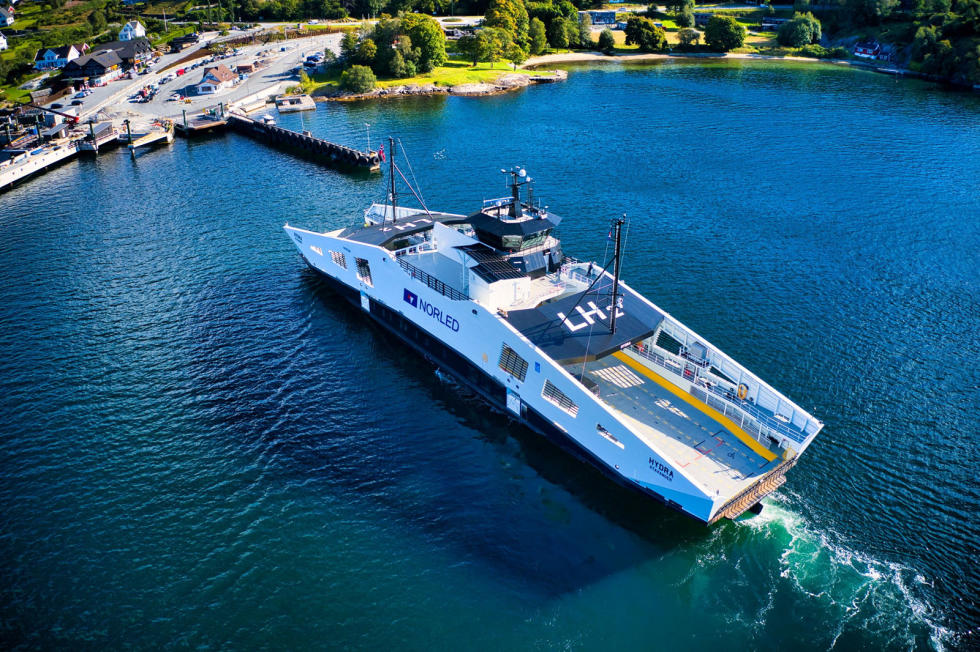 MF “Hydra”, the world's first hydrogen operated ferry, was built for Norled at Westcon Yards in Ølen and designed by LMG Marin. One criterion for winning the award is that the ship must be built at a Norwegian shipyard.

Norled’s MF “Hydra” hydrogen ferry was named Ship of the Year by the industry magazine Skipsrevyen. The award is usually given during the major Nor-Shipping and SMM conferences, but has been given in western Norway for the past two years due to the pandemic.

Transport Minister Knut Arild Hareide (Krf) presented the award to the shipping company, shipyard and construction company on board the ferry on Wednesday in Hjelmeland this year.

MF “Hydra” was built for Norled at Westcon Yards in Ølen and designed by LMG Marin. One criterion for winning the award is that the ship must be built at a Norwegian shipyard. The ferry won the award in competition with the cable-laying vessel “Nexans Aurora”

– MF “Hydra” is the first hydrogen ship to be approved by the Norwegian Maritime Directorate, DSB and DNV. The project has built up knowledge that has a high transfer value for a future fleet of emission-free ships and thus makes a positive contribution to the carbon footprint, says jury chairman and editor-in-chief Gustav Erik Blaalid in Skipsrevyen in a comment.

CEO of Norled, Heidi Wolden, believes that “Hydra” is the beginning of a “hydrogen adventure” for the ferry company.

– It’s a milestone for the industry and Norled. In 2014 we were very lucky to win the ship of the year for MF “Ampere”. It was also the start of an electrical revolution in the ferry industry. Seven years later we have now reached the hydrogen ship MF “Hydra”.