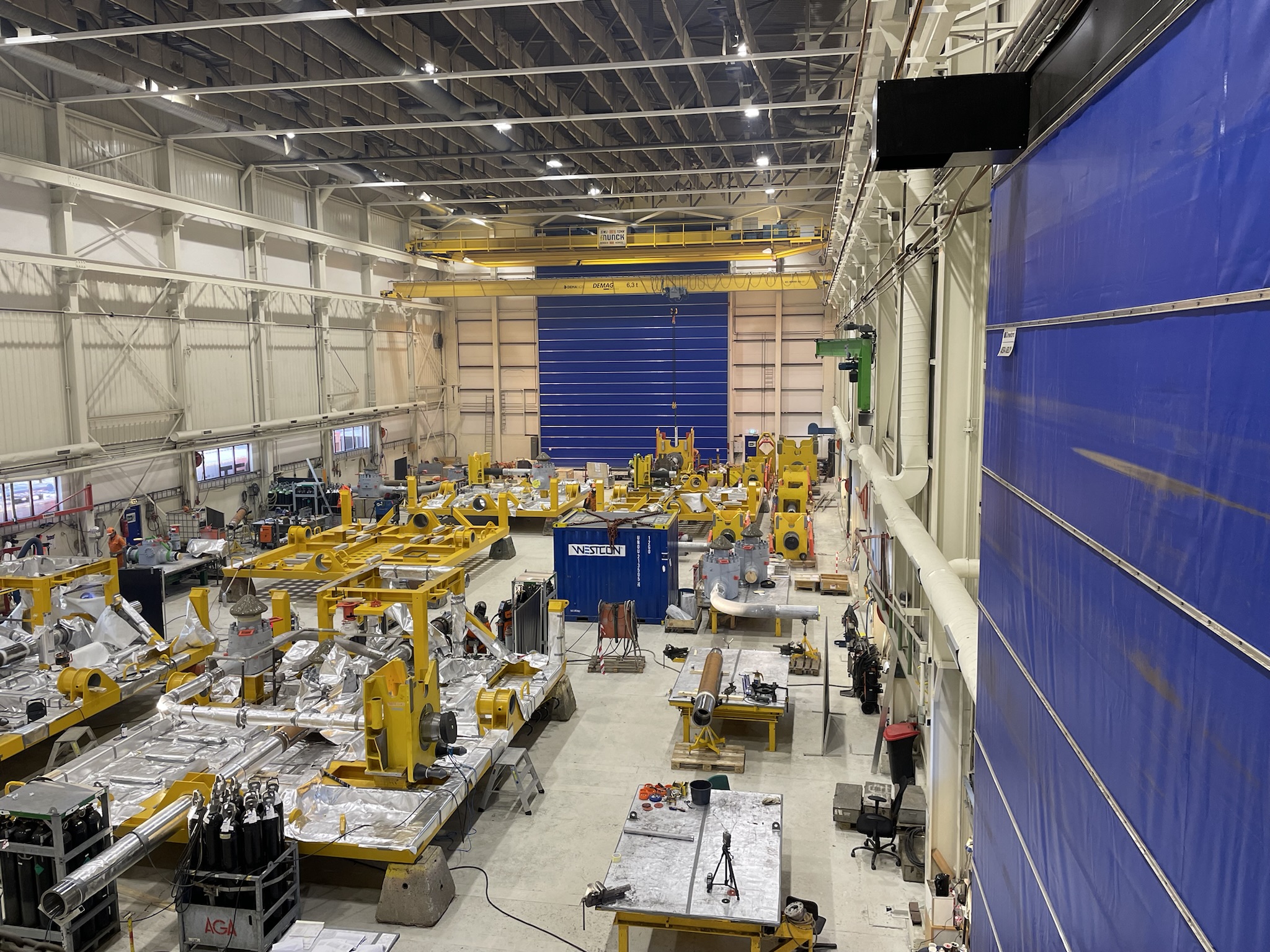 During the last four months, Westcon Yards has completed substantial upgrades of their subsea workshop in Florø. ‘This will allow for even better capacity and energy optimization’, says Site manager at Westcon Yards Subsea Florø, Ole Anders Smørdal.

- We have done quite a lot. Brand new lighting with LED lights, post-insulation and new windows. We have also installed two new gates and increased the size of one of them, as well as full renovation of two overhead cranes.

The building, which was originally built in 1960, has also received a new ventilation system and an upgraded office.

- We did the cleaning ourselves, whilst most of the other projects were completed by subcontractors. These upgrades may result in substantial advantages for the subsea team. It’s important that our employees can have a safe working environment, and this really gives us a boost; both in terms of HSEQ as well as project completion, says Smørdal.

- Much better lighting and air, as well as a larger space, makes our new workshop an even safer and better workspace. That’s important. It also increases our lifting capacity, and the larger doorways makes us more competitive for bigger projects.

Smørdal hopes these upgrades will open more doors for the subsea department.

- I’m hoping this will open up some doors within the SPS market.

The upgrades have been important Westcon Florø’s investments towards the subsea market, and with the new energy optimized solutions, there’s even a possibility for support from ENOVA.

- We have applied to ENOVA for subsidies – potentially two million NOK. We’re in the process of documenting the upgrades in order to release these funds.

Something that has been thoroughly documented already, is how much energy will be saved each year because of the work done for energy optimization.

And in case you were wondering, 274 137 kwh. equates to the average yearly consumption of ten, 200 sqm houses.